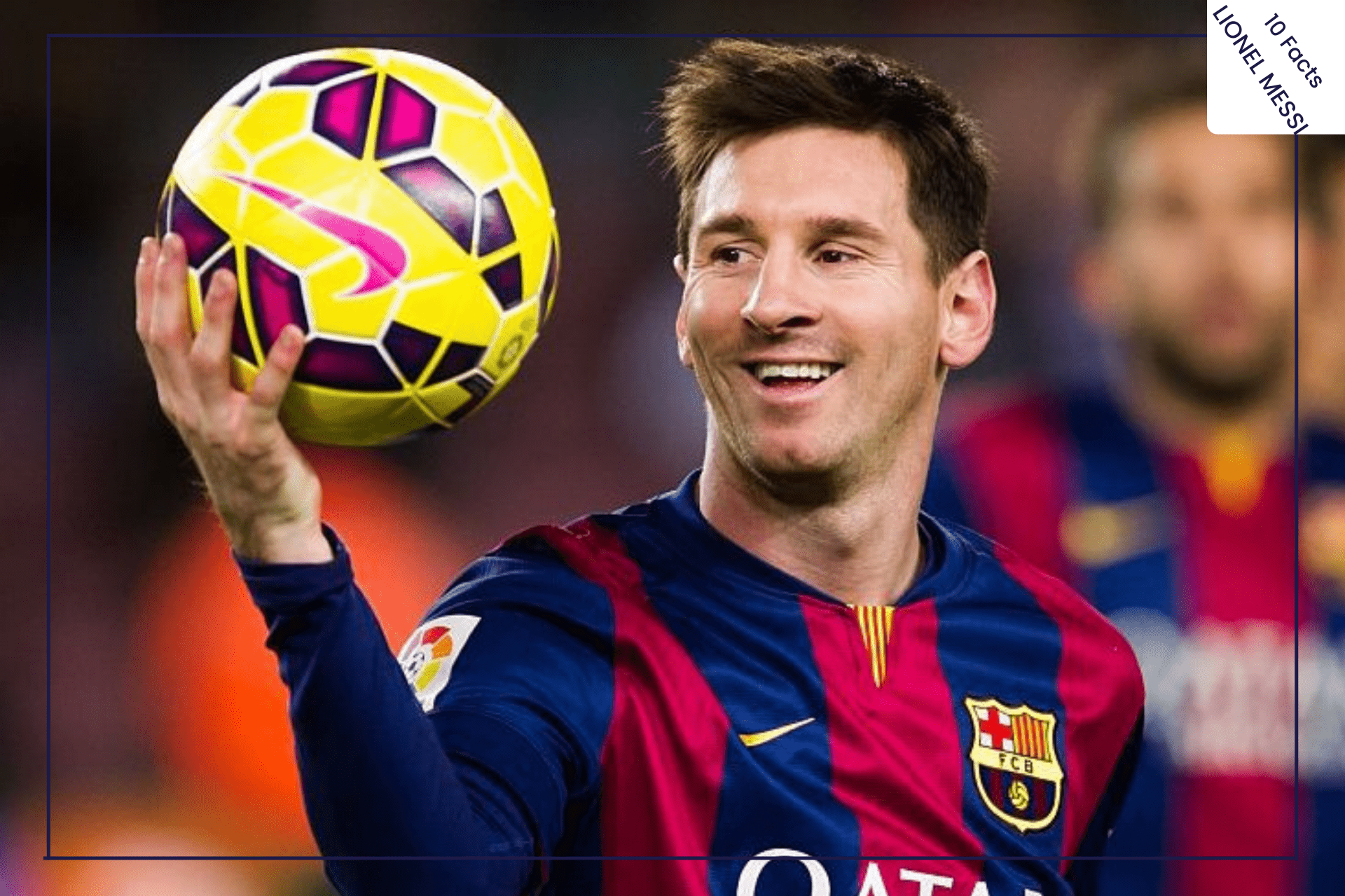 Argentina won the FIFA World Cup title in 1986 and every citizen of the whole country was celebrating, a year after that, on 24 June 1987, a boy was born in the city of Rosario and hardly anyone knew at that time It will happen that in the coming time, this person of Argentina will be recognized by the whole world. This great footballer’s name is Lionel Andres Messi. Today we are telling the story of that little child, who has become the top footballer in the world of football after defeating a dangerous disease.

Lionel Messi started playing football at the age of six with Rosario’s Newell’s Old Boys Club. Messi’s father taught him and became his first coach, but it was his grandmother’s hard work to improve his football game. She used to take Messi for training. At the age of six, Messi’s game was visible to everyone.

The secret of the name ‘The Machine of 87’

Such was the performance of Lionel Messi that the team he used to play for was named ‘The Machine of 87’. Because Messi was born in 1987.

People were crazy about sports at the age of 6

Lionel Messi’s control of the ball at a young age was such that he used to juggle with both his feet non-stop for 15-15 minutes. During this time the ball never fell below his feet. Seeing a small child doing this, people looked with great surprise and said how hardworking this boy is and they used to give money to Messi as a reward. Discussions of a young child’s talent spread out of Rosario and slowly spread throughout Argentina. People started calling him the footballer of the future.

Terrible disease at the age of 10

Lionel Messi was 10 years old. Then came a very bad time in his life. He was suffering from a disease named ‘Growth Hormone Deficiency. This meant that if they were not treated early, their growth would stop. The cost of treatment for this disease was very high and the condition of his family was very bad.

It was difficult to stop this footballer

Messi grew over time and was now part of the famous ‘La Masia Academy’ of the Barcelona club. At the age of 17, he started playing in football leagues for Barcelona. After this, he went on making records one after the other. In the world of football, who got a small but great player of his stature. And after that Lioness Messi went on to create much history on the field.

Lionel Messi’s friendly with the football

When Lionel Messi is on the field, his association with football is like a musician’s relationship with music. Fast like a cheetah, dodging the world’s best defenders and putting the football in the goalpost remains their main goal. When the ball hits her feet, she starts obeying her every order.

The football club manager said Messi is the best
Liverpool Football Club manager Jurgen Klopp has said about Lionel Messi, ‘Messi is the best. There is no one like him in the world. We cannot match him and he is much better than us. There is talent in Messi, but he works hard too. He reaches the field first in the training session and returns only after the entire team has left. And this short stature makes him more agile than other players.

Locked myself in the bathroom

Lionel Messi is so crazy about football that you can guess it from one incident. Once he took part in a domestic tournament, but the match was about to start and he accidentally locked himself in the bathroom. He tried a lot to open the door, but when he successfully saw that he would not be able to open the door, he broke the window of the bathroom and came out and quickly reached the ground. By halftime, his team was trailing 1-0 and struggling. When Messi came on the field after halftime, the match was overturned. After he came on the field, he scored three goals to give his team a 3-1 victory.

Messi kept this story hidden from the eyes of the world for a long time, which was his childhood love. After winning the ‘UEFA Champions League for Pep Guardiola’s team in 2009, when a channel asked Messi if she had a girlfriend. This was the first time Messi told about his love story. And also told that Antonia has come to Barcelona. And they started living together. Messi married Antonio in his hometown of Rosario. Today Messi is the father of three children, Thiago, Mateo, and Cairo.

Great footballer and humble too

When Messi broke Gerard Müller’s record for the most goals in a season in 2012 with a brilliant performance, the next day Müller was sent a gift by Messi. The number 10 jersey of Barcelona was sent on which it was written – ‘With respect’ for you.

Are you interested in Tennis – Know about The world’s top American tennis player.

Messi has been a UNICEF Goodwill Ambassador for years. He also works to help people with autism. Whenever Messi scores a goal, he raises both his hands in the air and points toward the sky. It is his tribute to his grandmother. Yes, the pain of not winning the FIFA World Cup for Argentina probably haunts them.