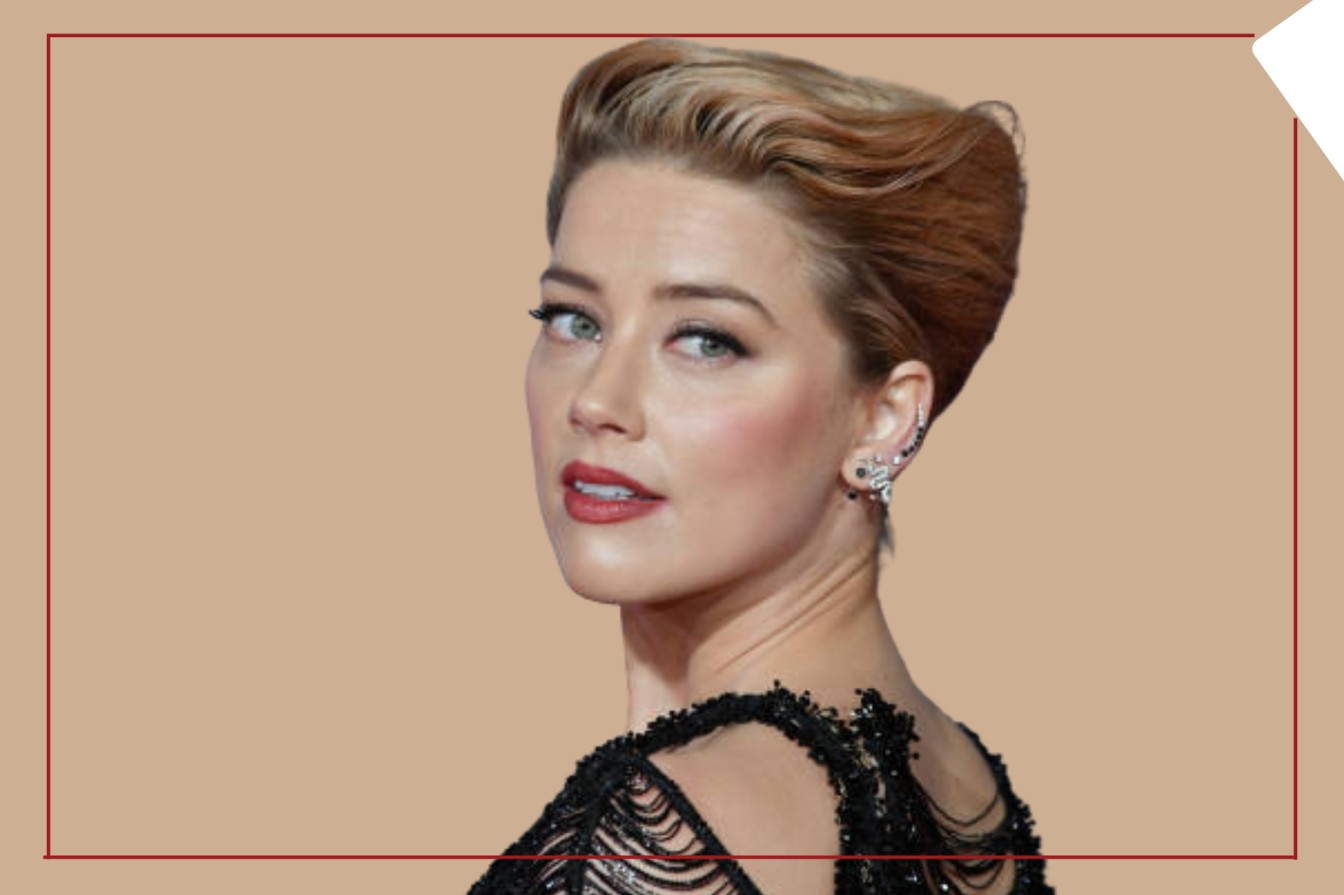 Hollywood actress Amber Heard is in trouble after losing her case for an article she wrote against her ex-husband in 2018. According to the court order, she will have to pay 10.35 million dollars in compensation to her ex-husband. They are getting various offers to return the money.

The case of Hollywood actress Amber Heard and actor Johnny Depp’s divorce, defamation and compensation has been discussed all over the world for a long time. Amber Heard lost the case in court and the court ordered her to pay her ex-husband $10.35 million in damages for defamation. Amber has said that she does not have that much money.

In such a situation, various proposals are coming from all over the world to pay the compensation amount in front of Amber. A man from Dubai recently sent an offer to this beautiful actress that all her problems will be solved if she marries him. Similarly, an adult website has said that he is ready to pay nine million dollars if Amber does an adult film for him.

Amber Heard has an estate worth more than $7.7 million, and even after selling it, she cannot pay full compensation as per the court order. Recently, a company called Jane Models, which supplies actresses for adult films, has sent its offer to pay 9 million dollars to the former lawyer of the actress, Elaine Bradhoeft, to act in an adult film. Now the president of the company Veronica Madarian has said that we are in contact with many adult film production companies, who are interested in making a film on this Hollywood actress. He said that people are suggesting different ways to overcome the difficulties faced by Herd. We search for new faces for adult films. However, there has been no reaction from Amber Heard on this proposal yet.

The film will be high voltage

Meanwhile, an Australian web site has published an interesting news about Amber. According to this news, the film being made with Amber Heard is titled High Voltage. This title of the adult film has caught the attention of people and from the title itself it seems that it can be quite a blast.

Know the biography of Amber Heard

Amber Heard is an American actress and film producer. He was born in Austin Texas USA. His father’s name is David Clinton Hurd who owns a small construction company and his mother’s name is Patricia Page who is an internet researcher.

Amber Heard has also participated in beauty pageants, although she has also stated that she does not support objectification. Amber was born Catholic but later lost her faith at the age of sixteen and became an atheist.

Born on April 22, 1986, Amber Heard is 36 years old as of 2022. He was born in Austin, Texas, United States to a well-to-do Christian family. She practices atheism and is an American citizen. She completed her elementary schooling at Michael Catholic Academy, after which she dropped out of high school and completed her diploma course through home study. Since childhood, she was interested in acting and films and always wanted to pursue a career in the film industry and always wanted to become a successful actress.

Amber Laura Said, popularly known as Amber Heard, has an estimated net worth of around $3 million USD. Amber earns her living as an American actress. He made headlines for his recent appearance in League of Appropriate in 2017 and his role in Squawman released in 2018.

On June 1, 2022, a jury ruled in Depp’s favor in the Virginia case. Famous Hollywood actor Johnny Depp has won a defamation case against his ex-wife Amber Heard. A jury in Virginia ordered Heard to pay $15 million.

He gained fame for his excellent performances in the films “Never Back Down” and “Pineapple Express”. She is also famous for being the ex-wife of Hollywood superstar Johnny Depp.

Amber Heard’s Marital Status is Divorced. Currently, she is single and living with her parents in Texas. Amber Heard’s ex-husband Johnny Depp is a Hollywood star, the couple first met in 2011 on the set of the movie “Rum Diary”. After that, they started living together in 2012 and after almost 3 years of dating each other they decided to get married on 3rd February 2015, they got married in a private ceremony in the presence of their parents and loved ones.

After a year of their marriage, Amber Heard filed for divorce from Depp, stating that he had been verbally and physically abusive during their relationship, and after some time, she decided to file for divorce in May 2016. done After lengthy court hearings, the couple finally separated in January 2017 with a $7 million settlement.

Amber Heard has a daughter, Onagh Paige Heard, who is 1.5 years old as of September 2022.

Before their marriage, Amber Heard’s ex-boyfriend is Tasya Van Ree who is a photographer by profession, the couple dated each other for a long period of four years, but eventually, broke up due to some personal reasons. Almost a year after her divorce from Johnny Depp, Amber Heard also has an ex-boyfriend named Elon Musk, but they broke up in August 2017 due to unknown reasons.

The actress is a hot and beautiful woman. She owns a perfectly shaped sensual figure with body measurements measuring around 34-27-34 inches. His height is 5 feet 7 inches and his body weight is around 62 kg. She has an hourglass slim figure type and has no tattoos on her body. She has beautiful long blonde hair and bright star blue eyes. She is one of the hottest actresses in the Hollywood film industry.

Amber Heard began her career with stunning appearances in music videos such as “There Goes My Life” and “I Don’t Want to Be Ready”. After that, she appeared in supporting roles like “Jack and Bobby” and “The Oc” in 2004 and in some popular series in 2005. She made her big screen debut in 2004 with the film “Friday Night Lights”, a sports drama, her performance in the film was critically acclaimed and she gained a large number of fans for her role in the film. After that, she appeared in small supporting roles in several films like “Drop Dead Sexy”, “Price to Pay”, “You’re Here” and “Alpha Dog”.

She also appeared in several TV series like “Criminal Minds”, “Side FX”, “North Country” and “Remember the Days”. Following this, she played a career-changing role in the stoner comedy “Pineapple Express” in 2008, for which she gained much acclaim in the industry. Then he got many recognized roles in series like “Never Back Down”, “The Informers”, “All the Boys Love Mandy Lane”, “The Stepfather”, “X Terminators”, “Zombieland”, “The Joneses”. “, . Why the River”, “Ward”, “And Soon the Darkness”. In 2011, she also acted in Hollywood films like ‘The Rum Diary’ and ‘Drive Angry’ with her ex-husband Johnny Depp.

The actress was embroiled in controversy when she lost several important roles in the wake of allegations against her husband Johnny Depp. She also said that many of her close friends and loved ones told her that she would never be able to act in films from now on. He also said that he suspected he would be blacklisted and removed from his role because of his powerful connections in films like “Justice League” and “Aquaman.” He never named Depp in his statement but indirectly blamed him for it all.

But Johnny Depp never admitted to the allegations, as the actress said she received death threats after the divorce. Her photographs were also published in the media, where she claimed that she was verbally and physically abused.

Amber heard the essence of net worth

As of 2022, Amber Heard’s net worth is – $3 million. She mainly earns from her acting career in the film industry.

In several interviews, the actress revealed that she became an atheist at the age of 16 after losing her friend in a car accident. He also said that he loves playing with his pet dog named Pistol. He has a net worth of $9 million, owns a .357 Magnum gun and owns a 1968 Ford Mustang.

She and her ex-husband were once involved in one of the highest profile criminal quarantine cases in Australian history as they were accused of falsifying quarantine documents against Australia’s Biosecurity Laws 2015.